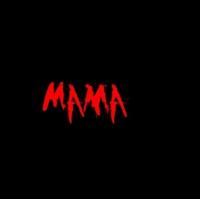 Mama is a scenario that explores different experiences of vampirism, motherhood, and the overlap between the two. Players will move through a series of vignettes that focus on two characters having an encounter related to both vampires and motherhood.
Players create characters and drive scenes based on themes decided at the beginning of the game. Scenes focus on vampires making choices: a vampire sire has a fraught meeting with their vampire childe, a vampire contemplates abortion, a vampire meets with her elderly human child. Each scene uses new characters and settings, but tropes and themes will be carried through the scenario highlighting particular aspects of vampires and motherhood that players want to explore.
This scenario is meant to be emotional, intimate, and intense, but with a literary focus. The experience highlights the themes tying the scenes together, rather than a deep immersion into the stories of particular characters throughout the entire scenario.

This scenario should appeal to players who enjoy thinking on their feet, playing for short bursts of emotional intensity, moving quickly through different characters and emotions, playing with literary devices, and intimate scenarios with few players.

This scenario will require a facilitator who is comfortable taking an active role in guiding scenes, facilitating character creation and scene setting, pushing for emotional intensity, and playing with literary devices.

Amount of players and facilitators: 2/1

Amount of Reading: Light, players can play the game without reading any game documents. Materials can all be presented by the facilitator.